MORGAN was running still the trial period remote desktop, which took some effort to get set up on Windows 2012 in the first place and was behaving a bit differently than on CAJAL. On CAJAL I had entered the license info on the original configuration run but it promptly forgot this info when the trial period expired (it thought it was still running on trial licenses) and I had to renter this info to get it to run. So on Morgan I just let the trial expire first before trying to install the licenses I bought.

It’s really hard to find out where to enter the RD licenses. You might think this big licenses icon in the server manager would be the place… 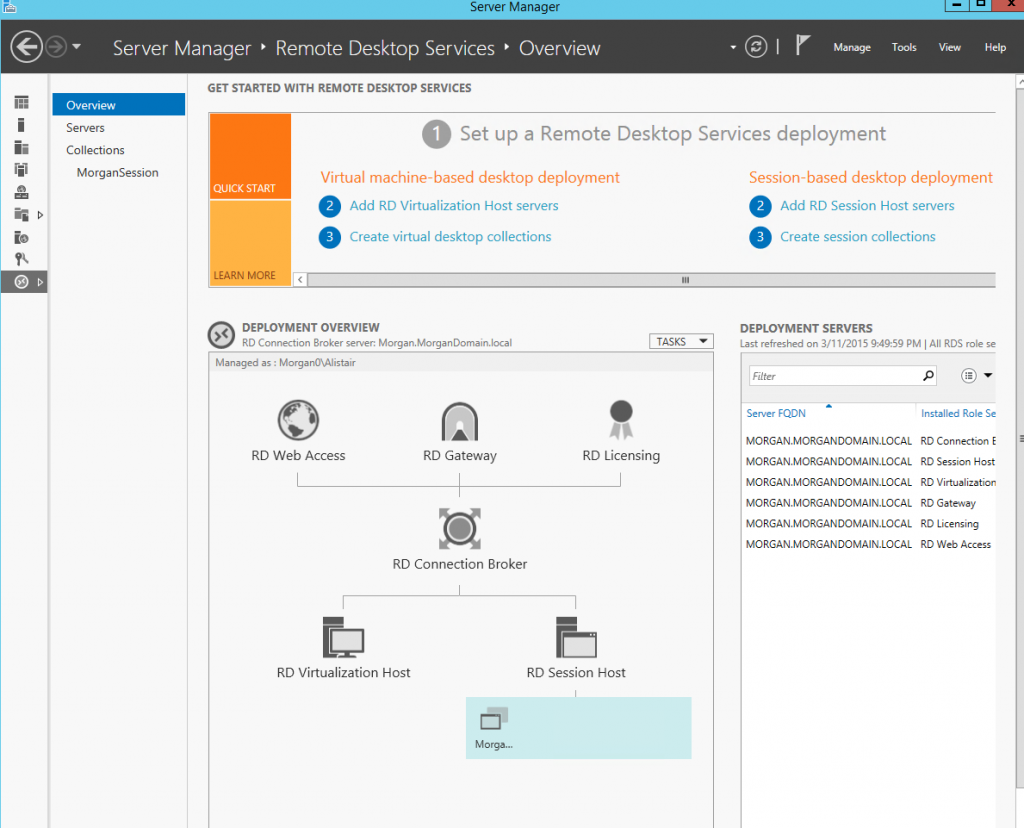 but you’d be wrong. This doesn’t even have the option to enter yet.

So I first readded server roles, remote desktop (I think this was already working, see previous configure of remote desktop Morgan post). I don’t think this was necessary, but it went through a whole round of install and reboot. (during which time the monitor was disconnected and refused to reconnect).

What I really want is here: Select the RD icon at the bottom left of the tool panel in Server Manager, and then select Collections. We first need to create a new Session. I created a MorganSession here.

Then select Servers and right click on the Morgan Server and select RD License Manager. Here you will be able to enter the Agreement number and specify the number (5) and type (per User CAL). I actually did this before adding the Morgan Session and it didn’t work (even after a system reboot). Then I added the session and then in started working.

You can also test if the licenses are working here: 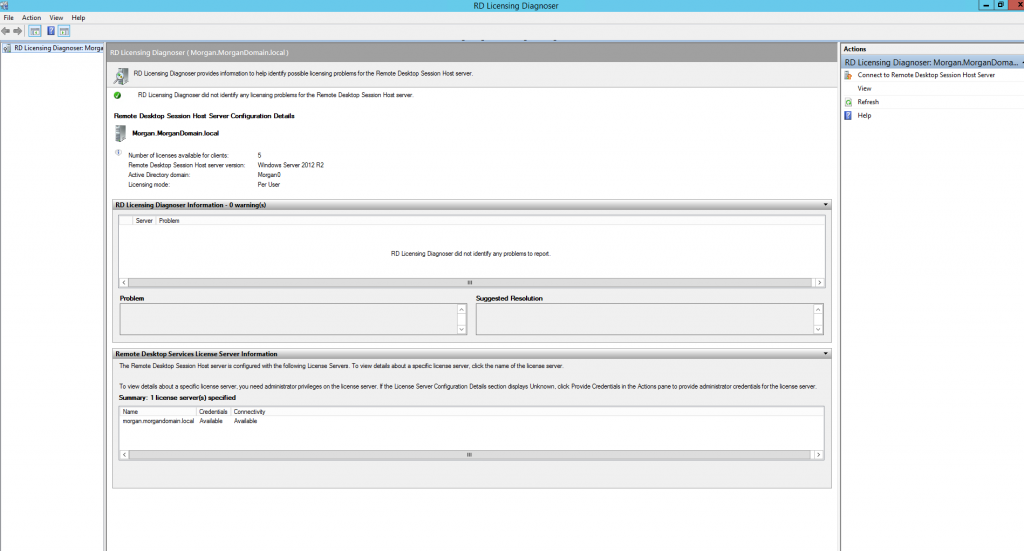 This entry was posted in Web development. Bookmark the permalink.