to Re-do probe design: pasting homology-free 20mers together to make 64mers is not a good approach for building homology free 64mers.

The top tracks show the state classifications as determined by the HHM model with 5 states. The colors are assigned to the state based on the presence of the dominant marks associated with that state. Below these state classfications I’ve plotted the DAMID chip tracks for a single ‘dominant mark’ of each class, color coded appropriately.

The lowest state classification (just above the chip-tracks) is the HMM model on the “raw” data. This should be the same classification as produced by the original model. The successive tracks above have noise added to the raw DAMID chip tracks prior to running the HMM classifier. Most chip tracks range from -4 to 4, the noise added is uniform between -n and n, where n goes from 0 to 4 in the successive tracks.

Polycomb does have some preference for simply repressing off chromatin — hence the massive largely inactive regions of the genome that are not ‘GREEN’ classic constitutive heterochromatin, show clear enrichment for polycomb signals. Still, this ‘signal is dramatically less than for confirmed polycomb target genes (ones whose expression clearly changes in direct response to PcG mutations). 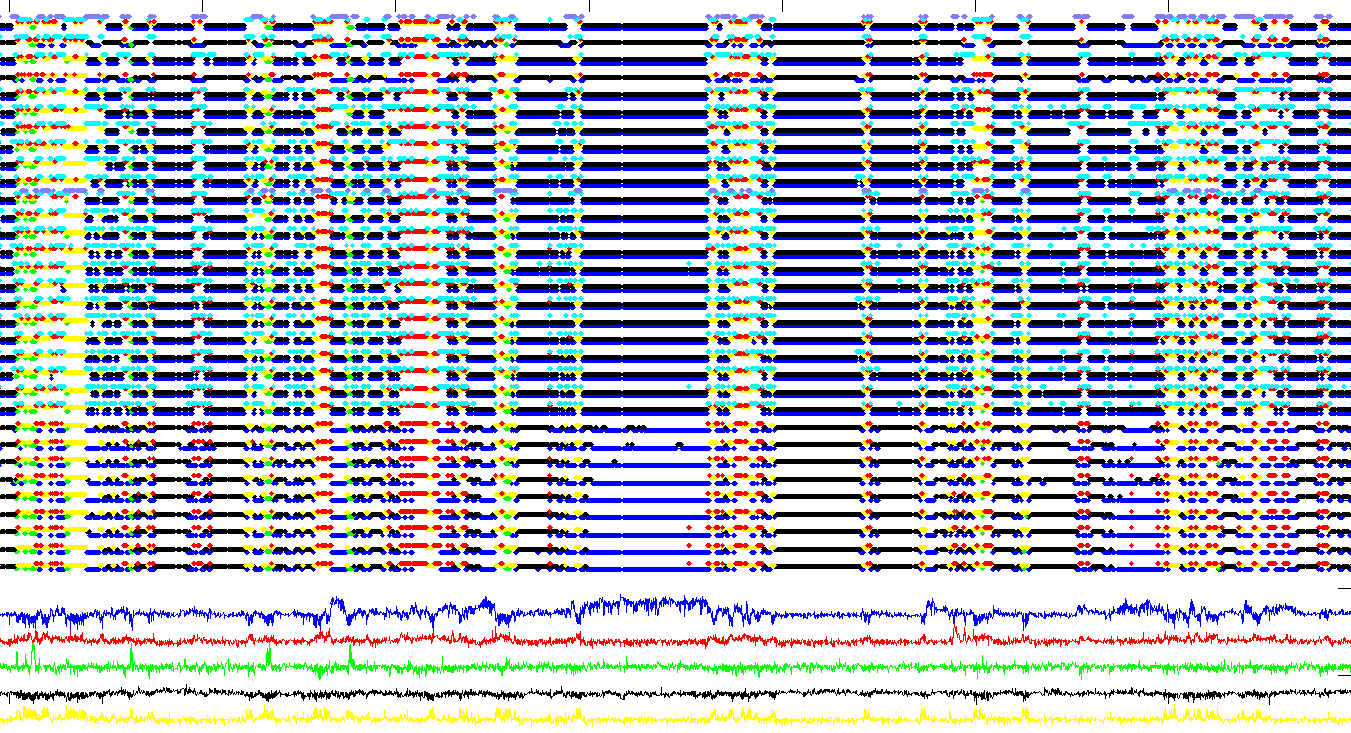 This entry was posted in Summaries and tagged genomics, STORM analysis. Bookmark the permalink.